Peridot is treasured in Hawaii as the goddess Pele’s tears. The island of Oahu even has beaches made out of tiny grains of peridot. Although Hawaii’s volcanoes have produced some peridot large enough to be cut into gemstones, virtually all peridot sold in Hawaii today is from Arizona, another state with extreme geology.

Known since ancient times, peridot was once thought to be a yellowish-green emerald. It was mentioned in Pliny’s writings dating back to the 2nd century BCE. The fresh lime green of peridot is its distinctive signature; it is one of few green gems that does not include blue as a possible secondary hue.

Today most peridot is mined, often by hand, by Native Americans on the San Carlos Reservation in Arizona. Peridot found there is beautiful in color but relatively small in size. Faceted peridot from Arizona is rare in sizes above five carats. Fine large peridot is found in Burma and large quantities of peridot are also mined in China. In 1994, an exciting new deposit of fine peridot was discovered in Pakistan, 15,000 feet above sea level in the far west of the Himalaya Mountains in the Pakistanian part of Kashmir.

Peridot is harder than metal but softer than many gemstones. Store peridot jewelry with care to avoid scratches and protect from blows. Because peridot is sensitive to rapid changes in temperature, never have it steam cleaned and avoid ultrasonics. Clean with mild dish soap: use a toothbrush to scrub behind the stone where dust can collect. 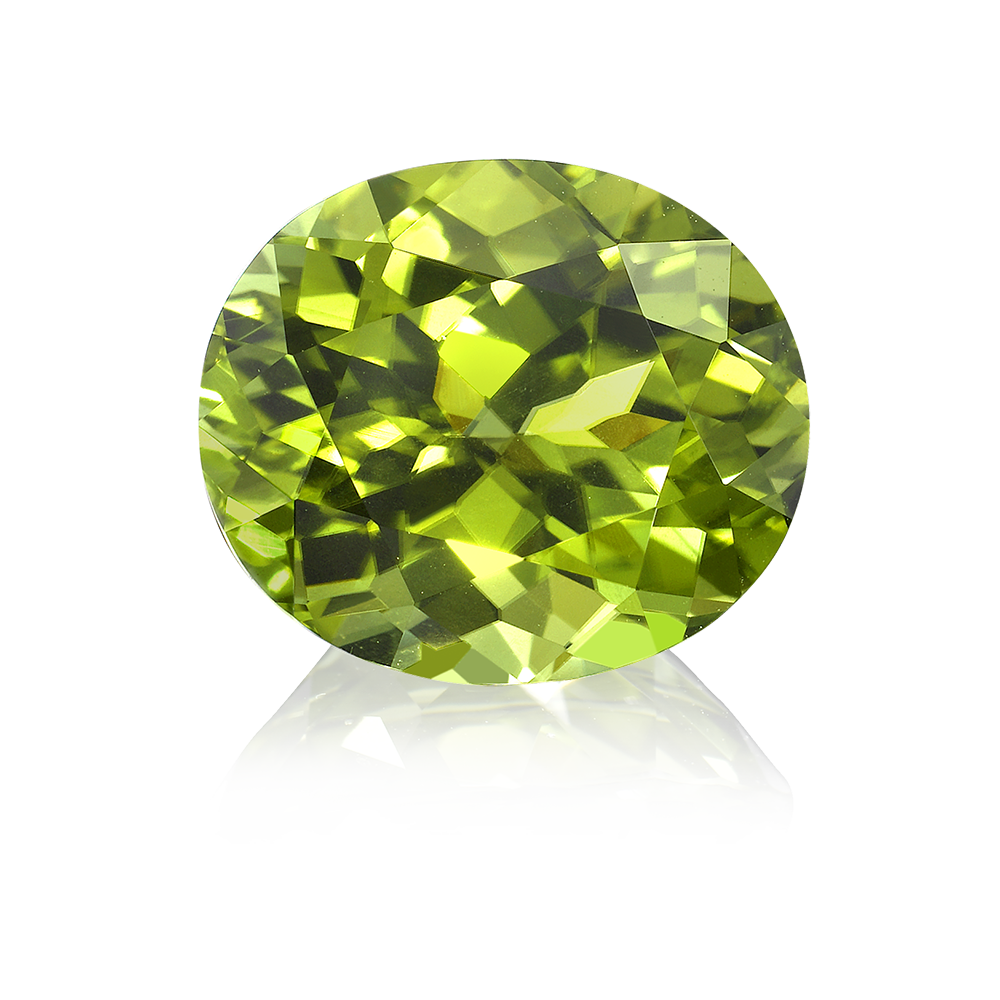 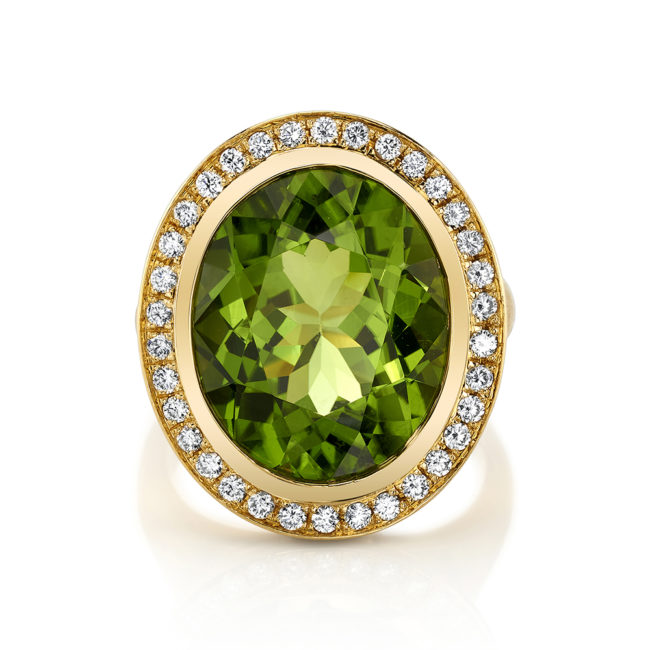