A member of the feldspar group, orthoclase, moonstone is known for its distinct sheen under certain lighting conditions called adularescence. Its name is owed to this phenomenon, the blue sheen is said resemble the glow of the moon. Legends say the stone provides good luck, Hindu legend believes it was formed by moonbeams, and in Arab countries, women historically sewed moonstones into their garments to promote fertility. Properties often associated with the moon has been applied to this gemstone, such as romance, femininity, intuition, dreams and love.

Rainbow moonstones are from the labradorite species of the group. Labradorite Feldspar is most often associated with mining in Labrador, Canada, but Madagascar is a top source for rainbow moonstone which has a lighter or more transparent body color than traditional Labradorite. Both traditional moonstone and rainbow moonstone’s adularescence is caused by light reflection of twinning planes. This layering causes an interference of light as it enters the stone, reflecting back as the sheen beloved in moonstones, making them appear to glow from within.

Long been a favored gemstone in jewelry, designers of the romantic Art Nouveau era, such as René Lalique and Louis Comfort Tiffany, heavily featured moonstone. Like most gemstones, the most prized moonstones contain no visible inclusions; they will also have a colorless, semitransparent to nearly transparent body color with strong vivid adularescence.

Moonstone is one of the birthstones for June. 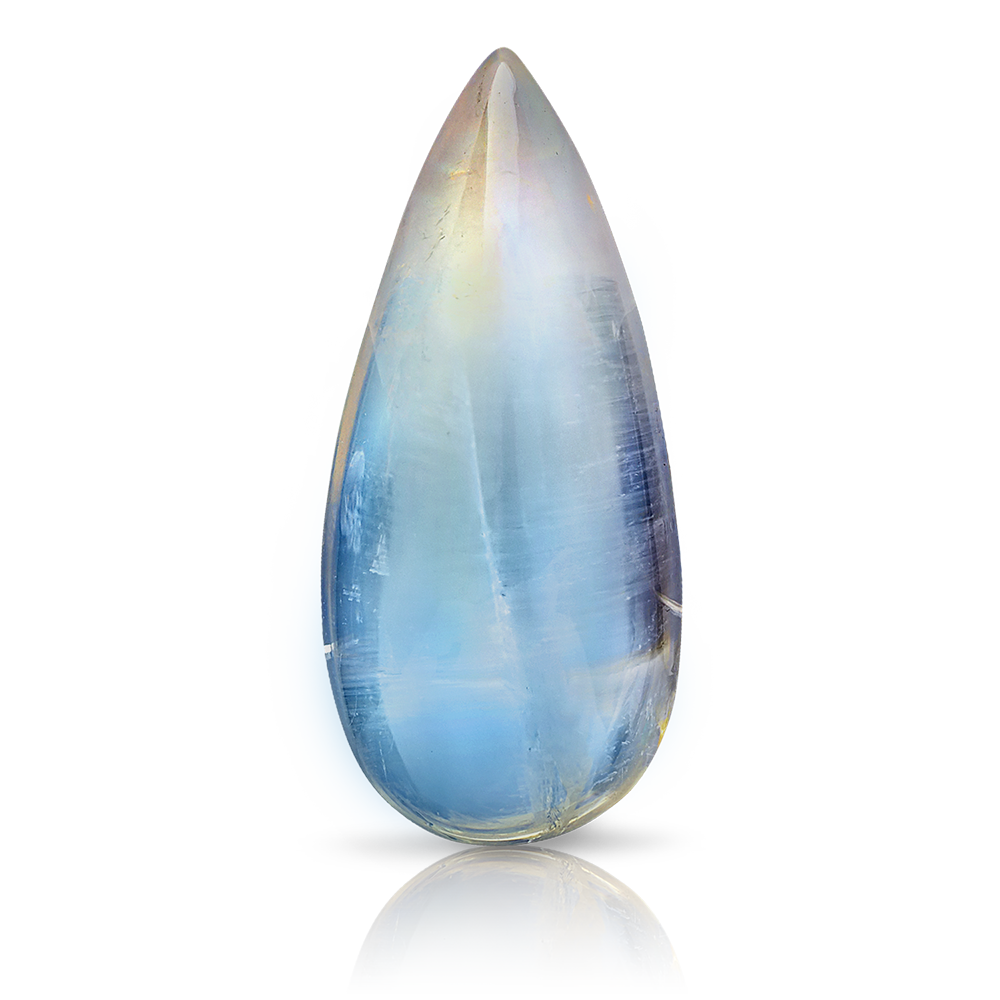 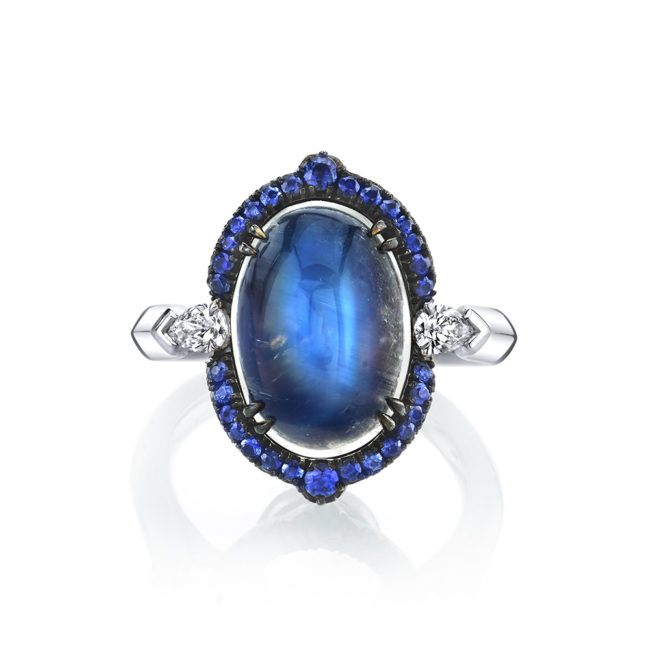 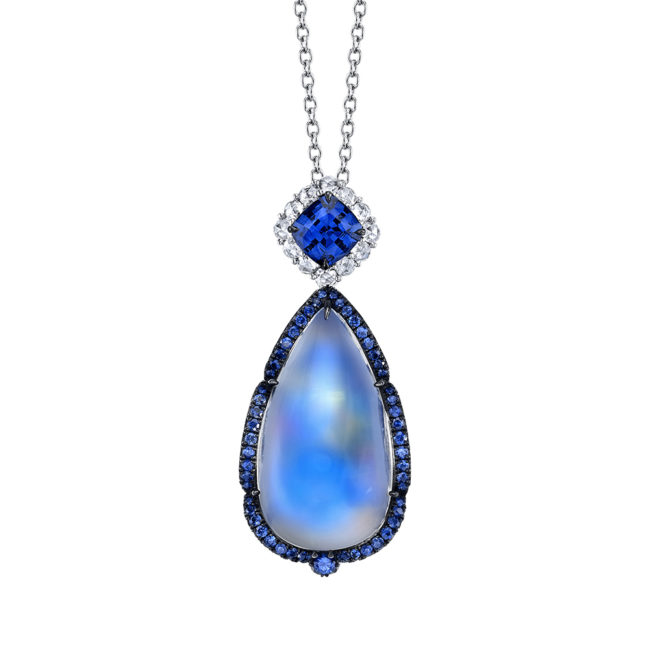 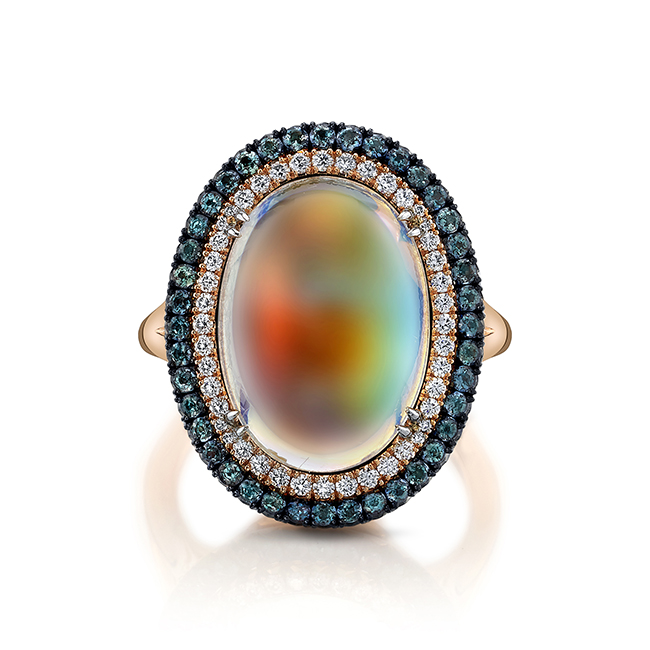