Spessartine is an orange to orange-red type of the garnet group of minerals; it is named after the Spessart Mountains, in Bavaria, Germany where it was discovered in the mid 1800s. Gem deposits have been found in a number of localities around the world, but of the sources, Nigeria and northeast Namibia remain the most important deposits. Spessartines from Namibia are sometimes referred to as ‘mandarin’ garnets if they are found in a lovely bright tangerine shade of orange. Spessartine, or sometimes referred to as spessartite, is highly refractive, and well cut stones will display exceptional brilliance.

Historically, it was virtually unknown until the late 19th century; in 1903 some of the finest specimens were found in the Little Three Mine in Ramona, California. Once a rare collector’s gem, the brilliant orange garnet started to grow in popularity in 1990’s, after the discovery of deposits in Namibia and later, Nigeria. Today, the spessartine is one of the most popular of all garnets. It is highly desired by collectors, jewelry designers and gem lovers.

Spessartine garnet is ideochromatic, meaning that it is colored by a fundamental element in its composition. That element is manganese, which produces an orange color. If you took away the manganese, it would no longer be considered spessartine. Thus spessartine has only one basic color, orange. Although the color may be slightly modified if mixed with iron, in the form of almandine. This produces a deeper, more reddish coloration. Spessartine garnet can be found in all the ranges of orange from the color of ripe peaches to a deep orange-red. The most valuable spessarties are a bright, slightly reddish orange. 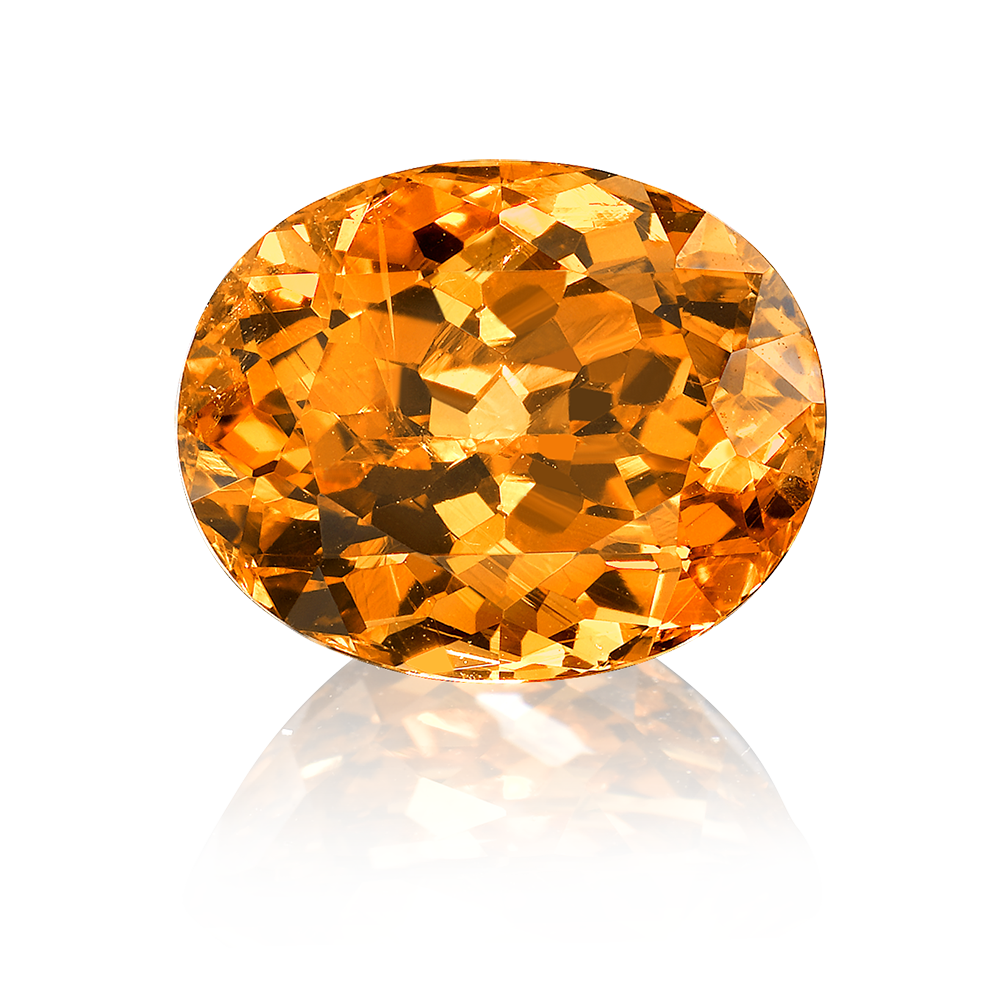 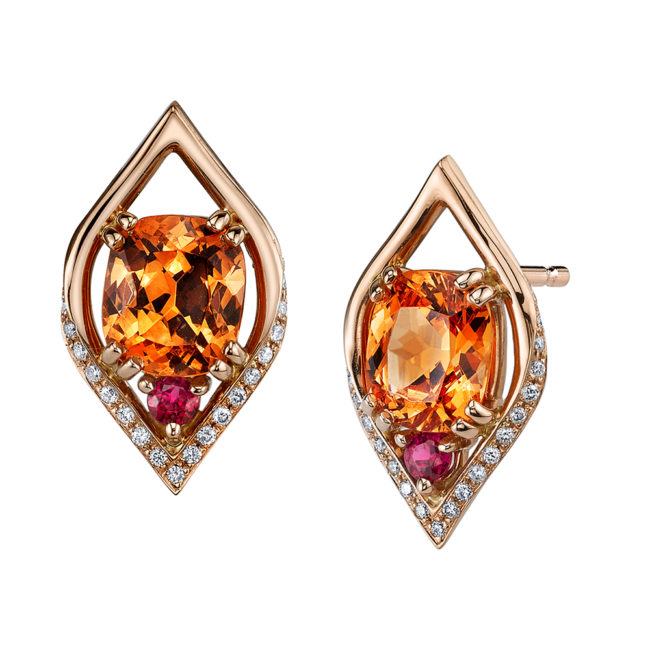