A mixture of two garnet types, almandite and pyrope, purple or rhodolite garnet is beloved for its pinkish, purplish and/or purple-red color. Often described as raspberry color, rhodolite at its best has a velvety purple-red tone. Today most fine quality rhodolite is mined in Africa, although garnet is abundant throughout the world.

A red garnet bead necklace was discovered in an Egyptian grave dating to 3800 B.C.E. Garnet in fact comes from the Latin word ‘garanatus’ meaning ‘seed like’ in reference to a pomegranate’s red jewel-like seeds. Rhodolite specifically gets its names from the Greek work ‘rhodon’, which appropriately means ‘rose colored’. 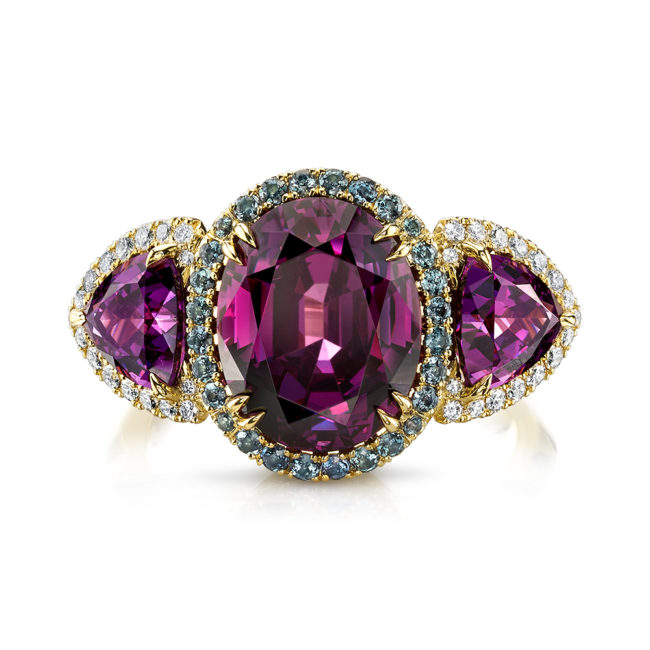