Considered the rarest and most valuable of all garnets, Demantoid Garnet, is a green variety originally discovered in the late 19th century in Russia near the Ural Mountains. Notable for is dispersion, this stone sparkles unlike most other gems and its name derives from the French for ‘diamond-like’. However, it is extremely rare, with most stones found under one carat; demantoids found over two carats are some of the rarest gemstones on earth.

An identifying and desirable characteristic of Russian demantoid is known as a horsetail inclusion, looking under magnification, it appears as radiating fibers of byssolite or chrysolite (asbestos). This inclusion is often oriented as if to appear like it is radiating from the center of the faceted stone and is one of few instances in gemology where the presence of an inclusion is preferred. In fact, a well saturated green demantoid with a distinct horsetail inclusion will command very high prices and most likely confirm its Russian origin. Other sources of demantoid are Namibia and Madagascar. 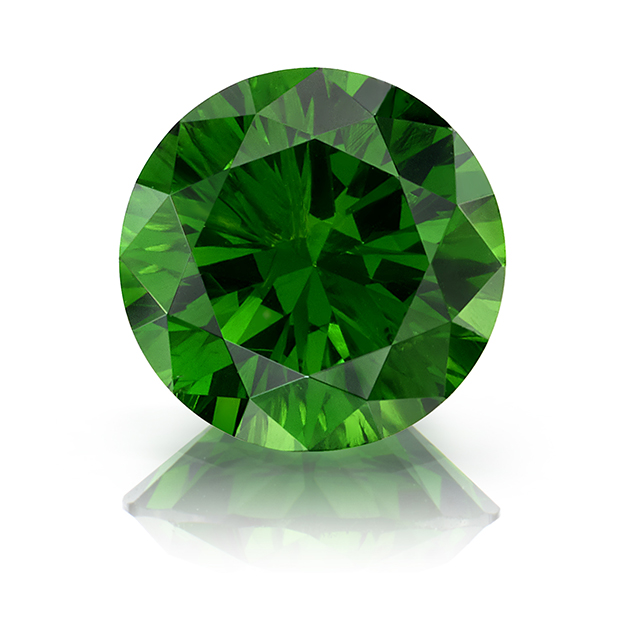