Chrysoberyl is best known for its important varieties Alexandrite and Cat’s Eye, a form of chrysoberyl that is polished into a cabochon and highly chatoyant, displaying a sharp line of light through the center of the stone. However, facetable Chrysoberyl gems are most often yellow, though some are brown, green, or orange. Typically, Chrysoberyl gemstones are often free of flaws, though stones larger than several carats are uncommon. With a hardness of 8.5, Chrysoberyl is also one of the hardest gemstones and perfect for everyday wear.

The cat’s eye effect exhibited on this variety is caused by microscopic needle-like fiber inclusions that cause the light to band together in a thin streak or ‘eye.’ In fact, the term cat’s eye is most often associated with chrysoberyl, and when used alone without a gemstone name prefix will always refers to Cat’s Eye Chrysoberyl, which is the most famous and valuable of the cat’s eye gemstones.

Chrysoberyl is the birthstone for June and the gem of the 18th anniversary. 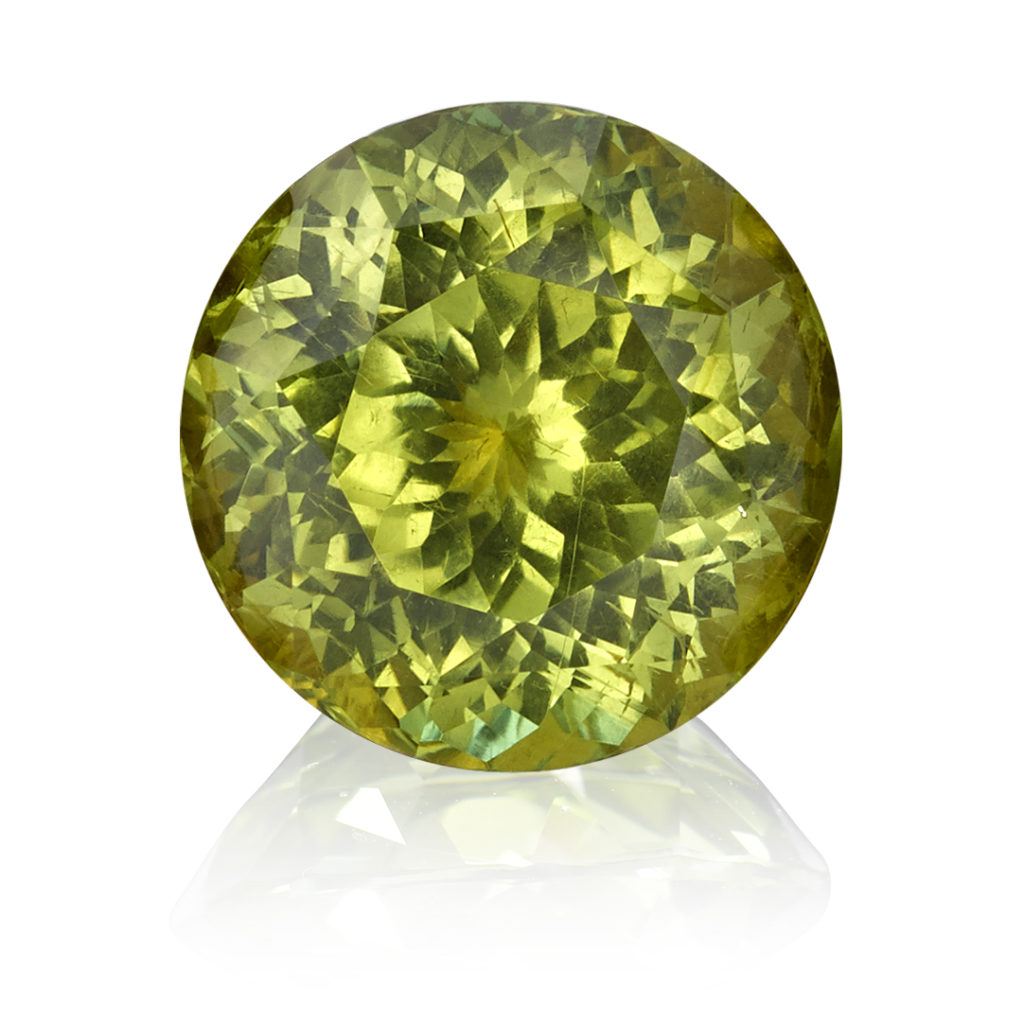 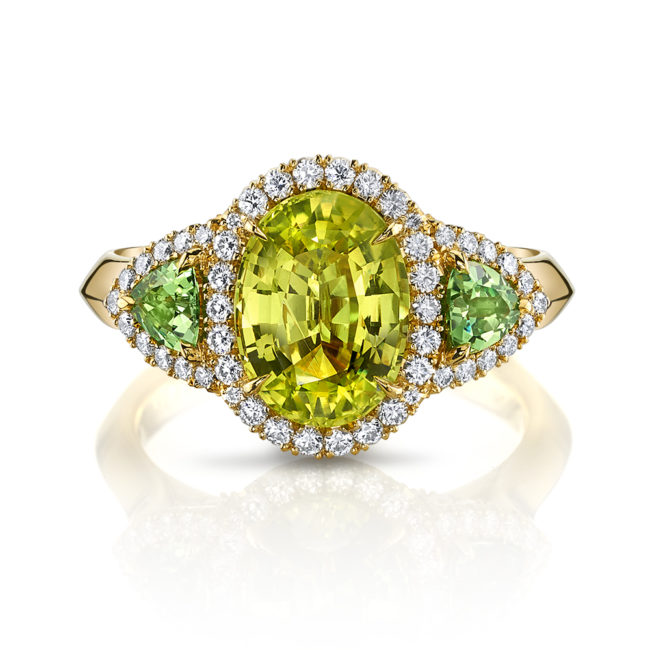 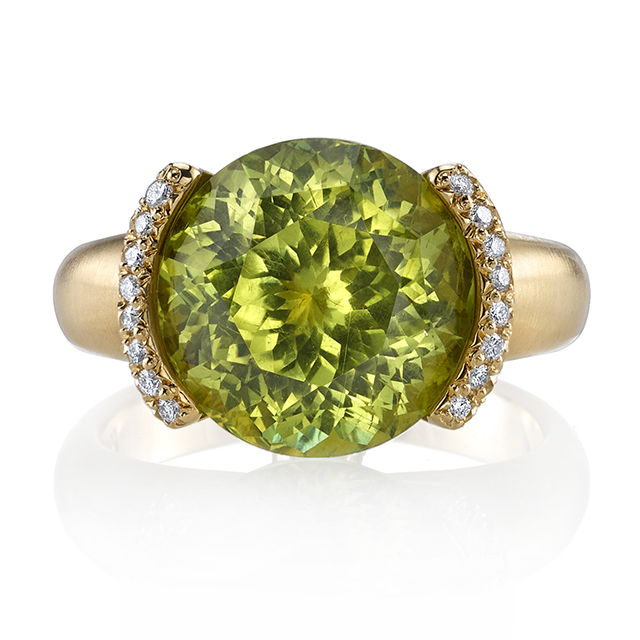